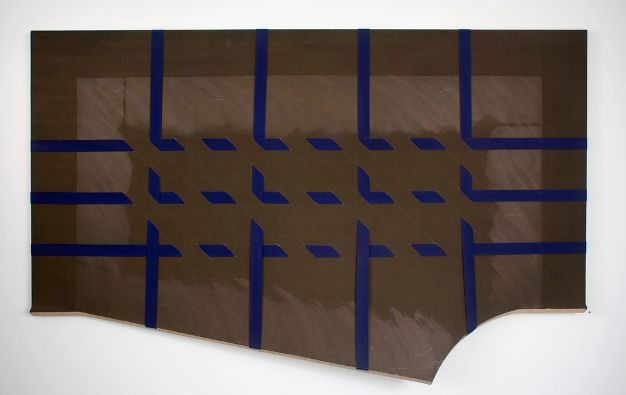 Seven British Artists in Milan 1965 – 1975, features works, by artists Stephen Buckley, Bernard Cohen, Harold Cohen, Barry Flanagan, John Hoyland, Richard Smith, William Tucker,from the collection of Beatrice Monti, unseen since the closure of the famed Galleria dell’Ariete in 1980,of which she was a founding director. All seven artists exhibited at Galleria dell’Ariete in Milan at some point in their careers during the period 1965 – 1975. The current exhibition, which opened at Galleria Milano [www.galleriamilano.net], Milan in December 2009, now travels to Austin/Desmond Fine Art, London.

Galleria dell’Ariete, founded in 1955, quickly became one of the most respected and important galleries in Italy. A focal point for the gathering of artists and writers, the gallery exhibited diverse international artists such as Lucio Fontana, Antoni Tapies, Robert Rauschenberg and Francis Bacon as early as 1958. Located in Milan, increasingly the centre of Italy’s contemporary art scene in the 60s, Galleria dell’Ariete had strong links with the leading avant-garde in Britain. The 1960s was a notably strong period for British art, particularly in Italy; Bernard Cohen, Harold Cohen and Richard Smith having represented England in the British Pavilion of the 1966 Venice Biennale. David Thompson, a selector for the Biennale, wrote in his Studio International Essay of 1966;

"It has become rapidly apparent in the last few years that an entirely new spirit has entered into both British painting and British sculpture. It could be claimed that at no period since the war there has been a generation of British painters less regional in its outlook, yet more assured in its independence, than that which is now in its mid-thirties…It is a generation which has had the confidence to break with its own past, to meet what threatened at one time to be the overwhelming challenge of the new painting from the United States, and to emerge with a strength and character of its own."

The seven artists included in the exhibition were central to this new experimental generation of British artists, revolutionary in both their style and subject matter. The exhibition features a number of early ink drawings by Barry Flanagan, as well as the fragmented and encoded paintings of Harold Cohen, which demonstrate the beginnings of his cutting edge interest in Artificial Intelligence. The exhibition also includes a number of important works by pioneering sculptor William Tucker, who is to receive the International Sculpture Center’s Lifetime Achievement Award in April, as well as two tropically coloured early paintings by John Hoyland. This is the first time in twenty years that these works have been exhibited to the public. 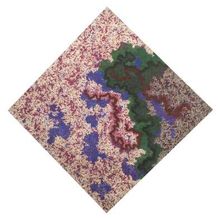 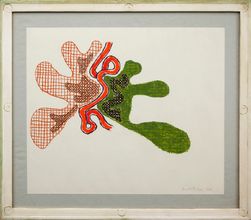 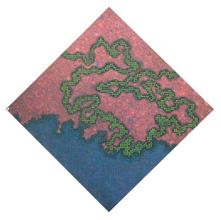 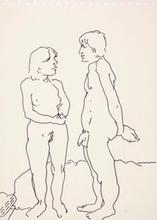 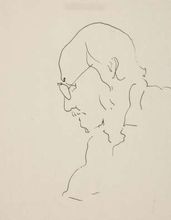 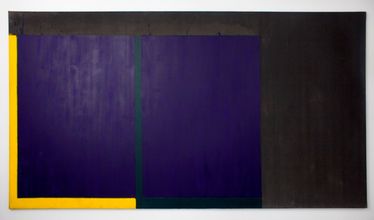 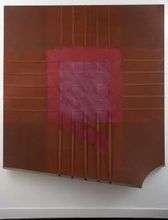 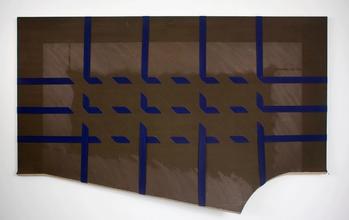 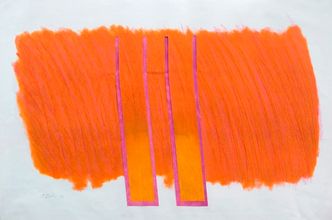 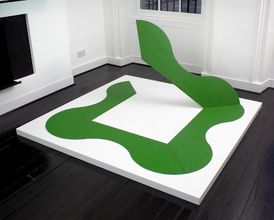 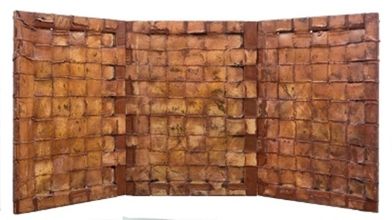