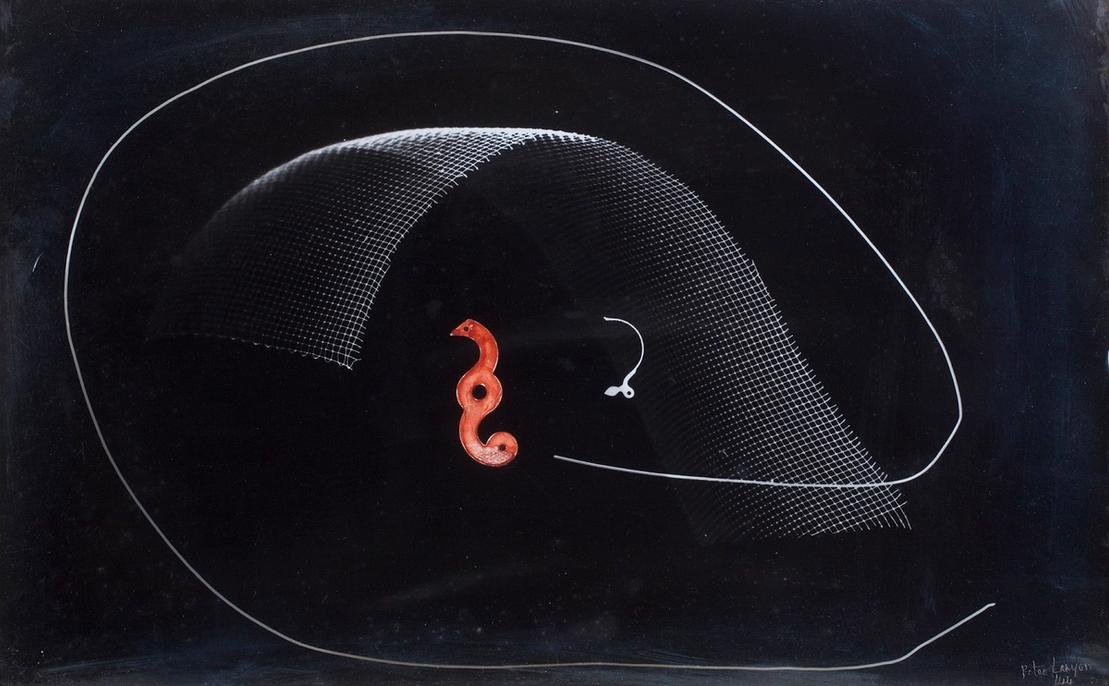 ‘As the environmental crisis effects our lives ever more tangibly, our desire to experience nature in physical emotional and spiritual way seems to grow. Merely walking through the landscape is no longer enough – we have to get inside it.’ [Susan Owens, Spirit of Place, Thames and Hudson, New York, 2020, p.279]

Inspired by Susan Owen’s recent publication Spirit of Place, the exhibition Wild Traces: A Living Landscape brings together a group of artists come biophiles, whose works are not limited to a depiction of the natural world, but endeavour to ‘get inside it’. Landscapes painted, not just by the passive observer, but from an artists visceral experience of the countryside as an equal inhabitant. Interwoven are surreal organic forms; traces of the natural world that reflect our primal connections as well as works that highlight the restless tensions between man and nature.

Graham Sutherland’s work endeavours to capture his own primeval experience of the landscape. In Untitled (1973) Sutherland makes a tree his central protagonist, this animated and threatening creature is seemingly in constant motion and very much alive. ‘the whole setting is one of exuberance – of darkness and light, of decay and life. Rarely have I been so conscious of the contrasting of these elements in so small a compass.’ [Graham Sutherland in: Susan Owens, Spirit of Place, Thames and Hudson, New York, 2020, p.256]

Waves crash against the man-made wall at Dymchurch in Paul Nash’s lithograph The Tide, Dymchurch (1920). Nash would paint Dymchurch, his home in the post war period, many times in the early 1920s. The wall, originally built by the Romans ‘served to protect both the land and man from the sea, it was a barrier which became the focus for the interaction of the two forces’. [Clare Colvin, Paul Nash: Places, The South Bank Centre, 1989]. These forces also meet in the desolate and tempestuous coastline in John Piper’s Cliff at Polpero (1948). The ancient cliffs, which seem to crumble before our eyes, hold the memories of centuries gone: the past and present meet and are blurred.

The organic lines and primordial motifs appear in the rare early photogram by Peter Lanyon, Photogram with a Red Object (1944). These forms hint to a higher intelligence inherent in the natural world, embedded codes that act as the blueprints to existence. Whilst in Grace Pailthorpe’s work November 18, (1937-2) fruiting bodies emerge from the side of a tree, displaying her characteristic infantile smiles, the animal kingdom merging with the vegetal world.

New acquisitions to the gallery include works by Eileen Agar, Peter Lanyon and William Scott together with a rare 1948 work on paper by John Piper and a stunning 1952 oil on board by Tristram Hillier. 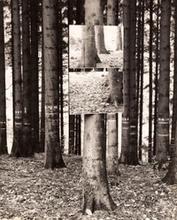 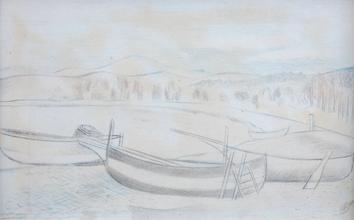 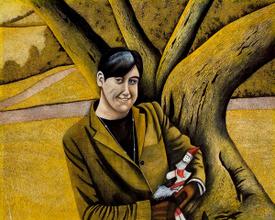 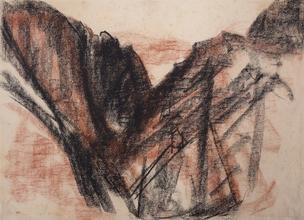 David Bomberg
The Slopes of Navao, Asturias , 1935
Barbara Levittoux-Świderska
Clouds I [Chmury I], , 1976 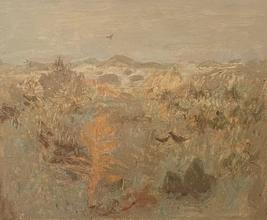