Terry Frost: Red With Black on the Side 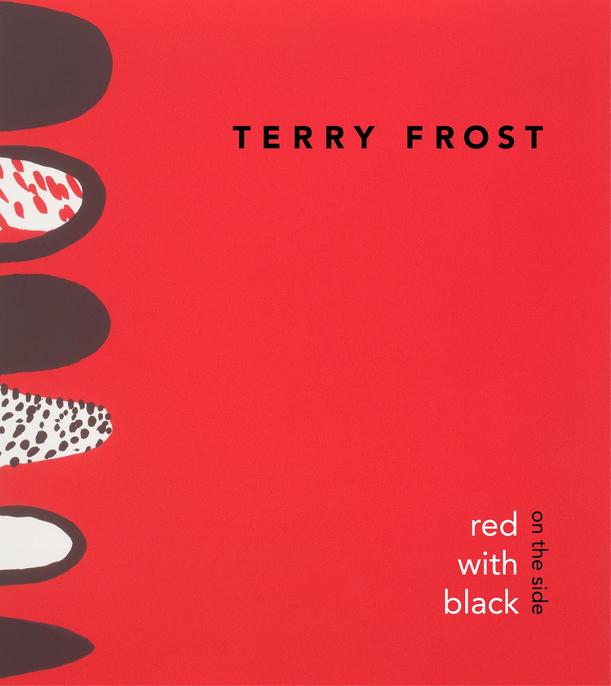 Terry Frost used printmaking to help inform his work as a painter. Early in his career he talked about a linocut he made in 1952 being the inspiration for what he considered one of his best paintings, Blue Movement now in the Vancouver Art Gallery. We have an example of this important little linocut Double Quay in our upcoming exhibition.

The exhibition is a major retrospective of Terry’s work as a printmaker, spanning all seven decades of his career – from the earliest figurative monotypes he made at Camberwell School of Art in the 1940s to the bright abstract screenprints he was making up until his death in 2003.

Terry was a good friend of Austin/Desmond’s and over the years the gallery has been able to accrue a fabulous collection of his prints. Some, like Double Quay are extremely rare and some, with added pieces of collage or hand-colouring are unique.

Among the pieces on display are three up-to-now unknown prints, including a self-portrait etching and an enigmatic trial proof of a black sun and mermaid marked to be cut down for an edition that was never realised. Also on display is The Lorca Portfolio, Terry’s magnum opus in print and culmination of his love affair with the poems of Federico Garcia Lorca, published by Austin/Desmond in 1989.

The exhibition has been curated by Dominic Kemp, author of the catalogue raisonné Terry Frost Prints published by Lund Humphries in 2010. “I have never sifted through a plan chest with more delight than when I was asked to look in the drawers marked ‘Frost’ in the Austin/Desmond stock room,” says Dominic. “There were pieces I recognised immediately and others I had never seen before. The most exciting thing was to discover unique examples of working proofs acquired directly from his studio and artist’s proofs he had saved to use as templates on which to add paint and collage at a later date in order to develop an idea.”

Among Dominic’s favourites are Red with Black on the Side 1970 and a working proof of Moonship 1972. “I especially love Terry’s Zurich lithographs of the late 1960s and 1970s, there’s a confidence, almost bravado about them – they show an artist who has found his feet and is fearless to strive for more. I decided to title the exhibition after one of them because colour was of prime importance to Terry and red and black in particular expressed so much for him. And in a way those two colours were him: red for passion with a streak of black for mischief on the side.”

An illustrated catalogue accompanies the show, click here to view it. 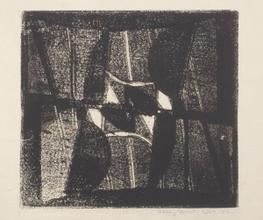 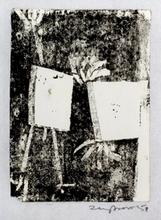 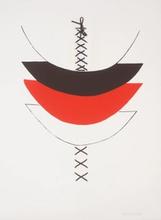 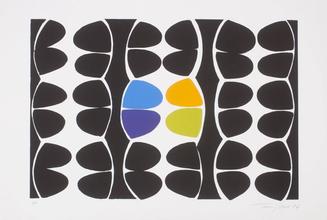 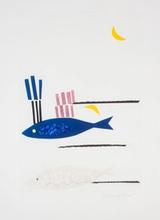